Instead of “The Age of Aquarius,” the 1960s band The Fifth Dimension could have named their hit song, “The Age of Aquariums.” All across the country, people are choosing fish as pets and keeping the fish in aquariums in homes, workplaces, dentists’ offices, and elsewhere.

Whichever type of aquarium you choose, you will need to monitor your aquarium to take care of your fish. The number one cause of aquarium fish deaths is poor water quality; thus your freshwater aquarium needs to provide filtration and aeration for fish.

Of course, aquariums are not just a responsibility (though they can help teach children responsibility); they are a lot of fun. Aquariums can provide a soothing atmosphere in your home and workplace, and they can also provide a learning experience for children and adults alike.

Choosing and Buying a Freshwater Aquarium

Many people, however, opt for the ease of a glass bowl or vase. While these items adequately house your fish, they do not include a filter or have good aeration, so you should only purchase fish such as beta fish that can breathe at the surface. In addition, you should change the water frequently in your bowl or vase.

In general, freshwater fish experts say that the bigger aquarium you have, the better it is for the fish. When choosing the size of your aquarium, consider the number (and expense) of fish you want to house, as well as your available space. In addition, remember that aquariums are very heavy. A twenty-gallon tank, for example, weighs more than two hundred pounds, so make sure the spot you plan for the aquarium can support that weight. A ten-gallon freshwater aquarium is standard, but many experts recommend a twenty-gallon tank. You can also purchase small, two to five gallon tanks, but these tanks will only support a few fish.

Fortunately, freshwater aquariums are fairly inexpensive. At a pet store, a ten-gallon glass aquarium might cost only ten dollars and a twenty-gallon tank would cost approximately thirty-five dollars. Acrylic aquariums are more expensive, but you can buy them online. For a real deal, you can check out garage sales, but at pet stores you can likely purchase a pre-assembled aquarium, complete with all the aquarium accessories, such as a filter and pump. These features add significantly to the price, but it makes your set-up process much easier.

As the number one cause of aquarium fish deaths is the poor water quality, your number one aquarium maintenance job should be maintaining the water quality in your aquarium. Purchase a chemical test kit and regularly test the water (approximately every two weeks) to check ammonia, nitrite, nitrate, and ph levels. The ammonia and nitrite levels should be at zero (though it will take time to stabilize whenever you add fish or replace water) and the pH level should be approximately seven.

On a slightly more regular basis (perhaps once a week), you should replace about ten percent of the water in the aquarium with dechlorinated water. In addition, regularly check the temperature in the tank to make sure it stays within your fish’s tolerance zones.

In addition to watching the water quality of your freshwater aquarium, you should also regularly clean the tank—both for your sake and for the sake of the fish. Scrape algae off the interior cover and walls of the aquarium using an algae scraper, scrubber pad, or razor blade, but don’t use soaps on any interior walls and be especially careful with acrylic aquariums. For the exterior of the aquarium, try an ammonia-free glass cleaner.

Finally, from time to time you should check the filter pads in your tank and remove the gravel from your tank to shake out any small debris and to clean it using specialized gravel cleaner. These actions call for more extensive activity, so you only need to do them on occasion, but your fish will appreciate it if you keep them (the cleaning and the fish) in mind. 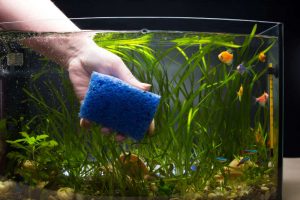 Watching freshwater fish darting about or slowly gliding through their watery world is both relaxing and entertaining. A fish tank not only adds a fascinating touch of natural decor to your home, it is also an enjoyable hobby. While setting up and maintaining a freshwater tank is not difficult, it does take a bit of … END_OF_DOCUMENT_TOKEN_TO_BE_REPLACED 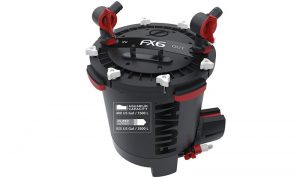 Fluval FX6 Best Canister Filter – Review We get to know how critical a fish hobbyist you are from the kind of filter you tend to use. We have the Fluval FX6 review for you. If you are a lover of fishes, it is certain that you will take good care of them . You … END_OF_DOCUMENT_TOKEN_TO_BE_REPLACED 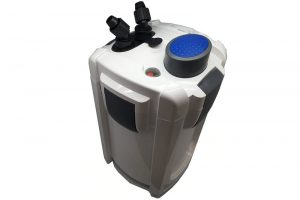 SunSun HW-704B External Canister Filter – Review SunSun HW-704B External Canister Filter is a perfect blessing for most of the fish hobbyists. If you ask me why I can provide you with truckloads of reasons that will compel you to get this particular filter for your aquarium. If you are a marine hobbyist, all you … END_OF_DOCUMENT_TOKEN_TO_BE_REPLACED 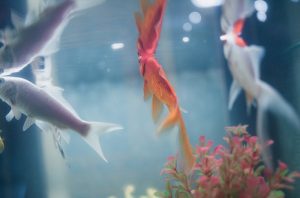 Best 5 Gallon Fish Tank One of the frequent questions I face from my friends who want to get their hands on a new fish tank for the first time is, ‘What is the best 5 gallon fish tank available in the market?’ Clearly, this is a common concern of many beginners, who are trying … END_OF_DOCUMENT_TOKEN_TO_BE_REPLACED 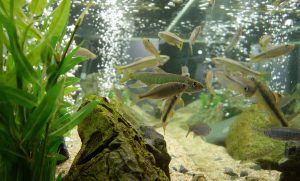 Reviews of Air Pumps for Fish Tanks and Aquariums Even though they live underwater, fish really like breathing oxygen too! Except in rare cases, a fish tank or aquarium with an air pump working away will ensure your fish have plenty of oxygenated water to pass through their gills. Unfortunately, not all aquarium air pumps … END_OF_DOCUMENT_TOKEN_TO_BE_REPLACED